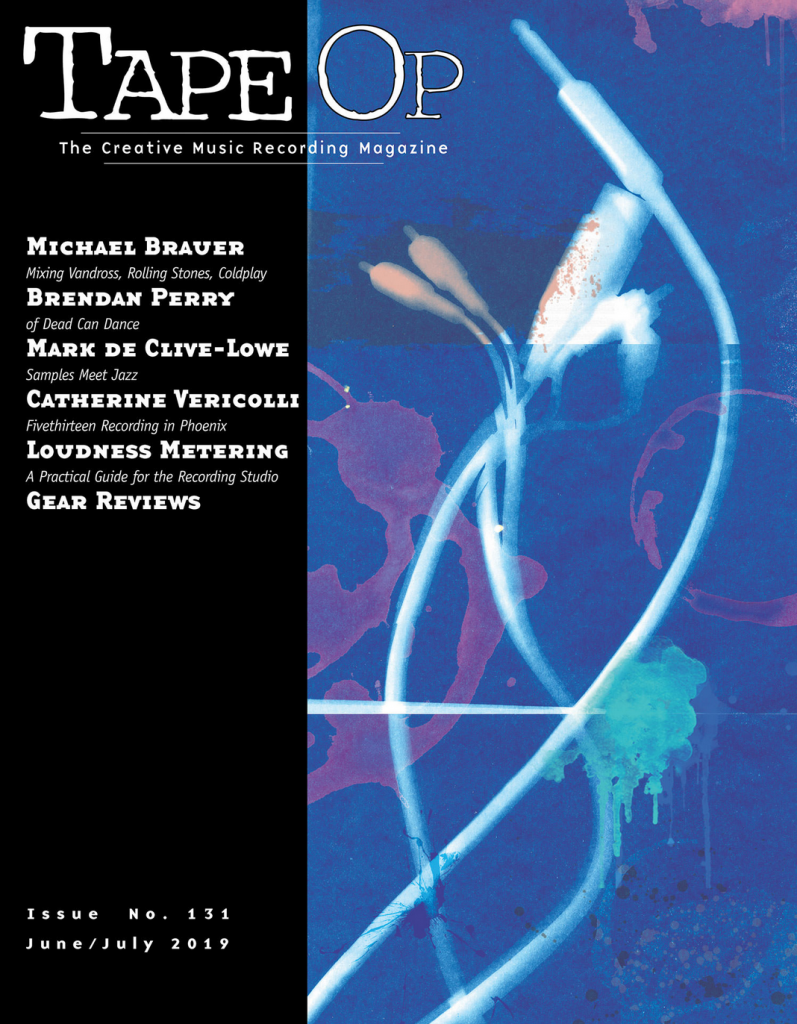 This “daughter card” works with the BURL B80 Mothership [Tape Op #84] and B16 Mothership configurable audio I/O systems. When the B80 Mothership was introduced, the BDA8 was the choice for D-to-A output conversion, but it was not transformer-balanced like the BAD8 A-to-D input cards were, instead using a direct-coupled circuit with no capacitors in the signal path and a discrete op-amp. I asked BURL’s founder, Rich Williams, about this in Tape Op #105:

That totally made sense to me, and as a BURL B80 Mothership owner for a decade (It’s been that long?), I’ve been more than happy with the sound of the BDA8. The first song I mixed out of these through my Rupert Neve Designs 5088 console [#73] left a lasting impression, and I haven’t looked back or thought about the lack of transformers on the output. Until now. The BDA4 presents a 4-channel, transformer coupled digital-to-analog converter card for the Mothership line. As Rich predicted above, the transformers are big (and heavy) and this only allows physical space for 4 channels as opposed to 8 in the BDA8 card. Is this loss of “card real estate” in the Mothership chassis, and higher cost per channel ($375 vs. $225), worth checking out? Like all things BURL, it is.

This BDA4 isn’t just a couple of new components slapped into the same circuit boards, it’s audio circuitry redesigned from the ground up. I’ll venture to call this card an “option” instead of calling it a replacement, and I think any engineer who has a decent pair of ears would agree. The electronics sport BURL’s new BOPA14 op-amps (discrete, Class A with a “minimal number of transistors”), and their BX5 output transformers. There are four simple five-segment LED meters on the front – green, yellow, and red – but I never needed to look at them, using meters in Pro Tools as usual. Outputs are simply four male XLR jacks, not DB25 like the BDA8 as that would make no sense. A new DAC filter (on internal jumpers) allows for a more forward midrange sound; see below! Other jumpers allow for Avid delay matching for hardware inserts and playback; something I didn’t need but makes sense. But yes, electronics and features are great and all, but we know the truth is in the sound. I’ve been so happy with my original BDA8 cards that I could not imagine what would be better. I think of my Mothership like an old multitrack 2-inch tape deck – it just makes things sound better and I can stop thinking about it. Now what?

I ran a series of meticulous listening tests over my ATC SCM25A monitors [Tape Op #101]; something I hate to spend time with but found necessary. All were signals from Pro Tools | HD, coming through my 5088, and null set before each test so levels were perfectly matched. For kick, snare, and overheads from a recent rock session, kick felt deeper, as if 120 to 200 Hz was better defined, and the very bottom end had a tiny bit more low extension. Yes, the converters would null out against each other, but listening proved that in the time domain they do sound different. Cymbals had a slightly different texture, which was really hard to define. Electric bass guitar DI also had only slightly more low end extension but otherwise was pretty similar between the units. On thin-ish female rock vocals, the “s” sounds were popping out of the mix a little less, or in a different, more pleasant, way. The singer felt a little less midrange forward through the BDA4; just a tiny bit softer. Harsh, distorted electric guitars sounded better, and more forward to me, in my older BDA8 units, and I wasn’t surprised. If all I had were the new BDA4, I’d be happy with guitars, but I know I’d be grabbing the EQ and pushing the mids a little.

For full stereo mixes I went direct out to my Dangerous Monitor ST [Tape Op #60]. Listening to some high res tracks off Pink Floyd’s Dark Side of the Moon, the BDA4 sounded more spacious, with a wider stereo field than the BDA8, but the older BDA8 sounded tighter, with more focus and (once again) a tiny bit more midrange edge, keeping the mix in my face. If I was mixing, this would make me work harder and the nicer sounding BDA4 would make me enjoy the mix sooner! Hmm, wasn’t there a jumper I could change to push the midrange a little? Yup, it did the trick, and now I wish there was a switch on the front panel for this option! High end sources in the mix reacted similar to what I heard with cymbal tracks, where the BDA4 was just a little “nicer” sounding but the BDA8 pushed a little more.

After testing and using on mixes, there was not a moment of “this is always better” between the BDA4 and the older BDA8 converters. They are plainly different. From my notes you can deduce applications where you might prefer one over the other, and that’s cool. Just like I pick certain mic preamps when I can, or use only the API or Neve preamps on a classic console, the record is still gonna get made and sound excellent. I’m not sure I wanted to “think” about different colors of D-to-A conversion within my B80 Mothership, but now I have to.

Rich at BURL dropped me a line to say, “The intention of the BDA4 design is to fatten tracks and to add depth and peak saturation, much like the B32 with the transformers engaged.” As the B32 is a 32 x 2 hardware mix bus, I’m getting what he means. The BDA4 presents a different sound that makes it an excellent choice as the main output for anyone mixing in the box. I would use it this way if that was how I always worked.

For me, there was now a big dilemma. My RND 5088 console has 32 inputs. My Mothership was operating as a 24 in, 24 out I/O, with an Avid HD I/O below for “spillover.” I already had an extra BDA8 ready to drop in, so I’d have 32 channels of output to directly feed my console. After trying the BDA4, I was stuck. I couldn’t put in 28 channels of output! That’d be nuts! I must confess, I have no affinity for the sound of the Avid HD I/O. What to do? I bought an empty BURL B80 Mothership chassis to put my new BDA4 into, and now I want to collect some more cards for at least eight more channels of output, and maybe even some extra inputs for overkill. (I think the band Poolside maxed me out one day, so I’d better be set for sessions like those!)

Excellence in audio electronics design isn’t always something I count on. Many companies’ “upgrades” sound questionable to my trained ear these days. But BURL always delivers, and the BDA4 is now another piece of gear I will count on and trust.